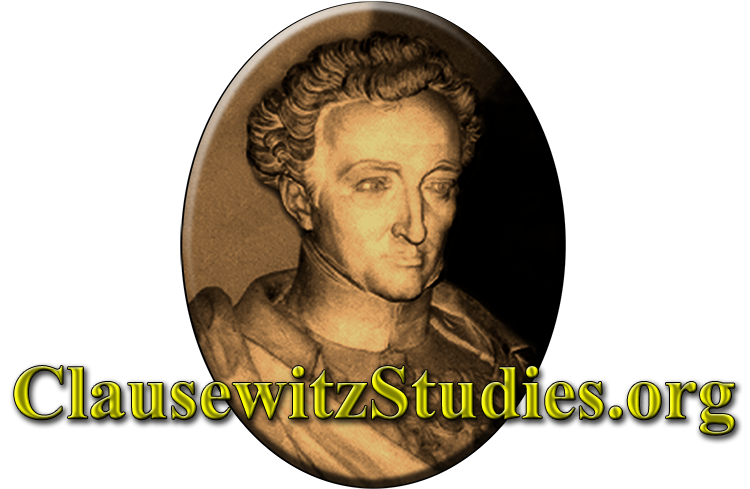 INTRODUCTION: The Prussian military thinker Carl von Clausewitz is widely acknowledged as the most important of the classical strategic thinkers. Even though he's been dead for nearly two centuries, he remains a powerful living influence: the most frequently cited, the most controversial, and in many respects the most modern of strategic theorists. ClausewitzStudies.org is intended as a central source for scholarly information, related texts, articles, and arguments about the man, his ideas, and their meaning, impact, and utility. ClausewitzStudies.org is overseen by the seven members of the Clausewitz Studies Board.

MAIN CONTENT — To access our main content categories, see the navigation bar at the top of your screen. The key ClausewitzStudies categories are Bibliographies, Readings, Texts, and Search. FAQs, Videos, Graphics, and Bookstore point to resources at Clausewitz.com.

The Clausewitz Studies Newsletter, edited by Vanya Eftimova Bellinger, is in a "creative pause." These issues are available.

Blog: Steve Leonard, "'You Really Think I'm Irrelevant? LOL.' A Letter to Clausewitz Haters from Beyond The Grave," West Point: Modern War Institute, USMA, 6 May 6 2020. Beyond the blog, the modification of the portrait—we see a new, sterner-looking Clausewitz—is interesting.

Article: Jon T. Sumida, "The Clausewitz Problem," Army History, Fall 2009, pp.17-21. This is a short, well-crafted, and useful précis of Sumida's controversial arguments in his book, Decoding Clausewitz: A New Approach to On War. Lawrence, KS: University Press of Kansas, 2008.

"The Other Clausewitz": V. Bellinger's Blog on Marie von Clausewitz
Note: This item will not display properly under HTTPS. Correct the URL if necessary.

Indexes to On War

Which translation of Clausewitz do you have?

On our sister site Clausewitz.com, there is a great deal of ancillary information (e.g., on Clausewitz-related tourism, souvenirs, graphics, humor, books, business strategy) that may also be of use to those of us researching, writing, or teaching about Clausewitz.

Together, the two sites are designed to accommodate anyone interested in understanding human strategies, including not only scholarly researchers on Clausewitz but also students and faculty in professional military education (PME) institutions, business schools, and other organizations concerned with human competition and conflict.

Lennart Souchon, a former naval officer, is a German strategist and scholar of political philosophy and military theory. He was the Director of the International Clausewitz-Center at the Military Academy of the German Armed Forces from 1999 to 2018 and founded the Clausewitz Network for Strategic Studies in 2008. He also served as Director of Studies at the German Federal Academy for Security Policy Study and is a senior member of the International Institute for Strategic Studies (IISS) in London. He is an Honorary Professor at the University of Potsdam, Germany. His research focuses on strategic studies and on Clausewitz's strategic thought.

Translators Nicholas Murray and Christopher Pringle, having already published an English edition of Clausewitz's study of the Italian campaign of 1796, have now have done the same for his study of the campaign of 1799 in Italy and Switzerland (vol. 5 of his collected works). This is the first of two volumes entitled Napoleon Absent, Coalition Ascendant, which together will cover the period when Napoleon was absent from Europe during his invasion of Egypt. This volume will expand readers' experience and understanding not of only this critical moment in European history but also the thoughts and writings of the modern master of military philosophy. 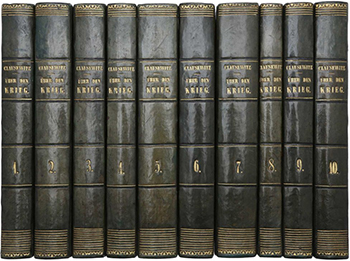