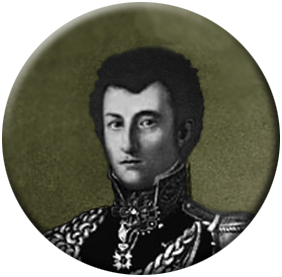 Graph of Clausewitz's visibility over time, from "Who's Bigger?: Where Historical Figures Really Rank" (10APR2014)

Guided by the Clausewitz Studies Board, the mission of ClausewitzStudies.org is simply to promote international cooperation and to assist serious scholars working in the field. ClausewitzStudies.org evolved out of Clausewitz.com, which, despite the ".com" domain name, was always a non-profit educational site. (The .com is an artifact of history: when the site was created in the 1990s, that was the only thing available, and a frustrated business-strategy consultant grabbed Clausewitz.org before we knew the rules had changed.) ClausewitzStudies.org became a functional URL in August 2019, and the two websites will gradually bifurcate and develop along separate paths. The missions of the two sites are similar and they will remain intertwined, but Clausewitz.com will host any material of a commercial or popular-audience nature (such as the Clausewitz Bookstores, the "Clausewitz in Business" page, and the Clausewitz Graphics collection), while ClausewitzStudies.org focuses on scholarship in the field—e.g., it will host serious texts and bibliographies, etc. Both sites are designed to help anyone seeking to know more about the life, works, ideas, or impact of the influential Prussian soldier and theorist Carl von Clausewitz (1780-1831).

Clausewitz was a professional fighting soldier, but he was also an actor in the Prussian and European political arena and a profound political, strategic, and historical theorist. Clausewitz remains a powerful living influence on strategists and doctrine writers. The site  includes bibliographies in several languages (including links to materials on-line), articles and other readings (including academic papers, military manuals, and complete books); and indexes to Clausewitz's On War. The items listed under "readings" are mostly recent, mostly scholarly studies, plus other items of importance or interest. The latter include some older items, such as Jomini's 1838 essay on military theory and a 1909 critique of the Clausewitzian naval theorist Julian Stafford Corbett by the equally Clausewitzian military critic Spenser Wilkinson. The reader will also find the full original 1832 German edition of Vom Kriege, and links to a great deal of his ouvre in German; the only complete text on-line of the first (1873) English translation On War (an elderly but still useful 1873 translation); Clausewitz's 1812 Principles of War (in the 1942 English translation), his study of The Campaign of 1812 in Russia (an 1843 translation), his study of The Campaign of 1815 (a brand-new translation that also includes the Duke of Wellington's response, two lettersby Carl to Marie von Clausewitz, and accompanying essays by the editor and translators); and other writings by Clausewitz. either in German or in English translation. We have a great deal of material on the reception of Clausewitz by writers in the English language. A scientific section, "Clausewitz and Complexity," provides links to materials connecting Clausewitzian theory to the emerging nonlinear sciences (e.g., Chaos and Complexity, nonlinear dynamics, etc.).

Many "Clausewitz experts"—as well as your garden-variety Clausewitzian poseurs—tend to be somewhat opinionated. The debates among them seem at times to take on a quasi-theological tone—with all the usual accompaniments thereof, including personal attacks, scholarly sneers, and squeals of "Heresy!" Given the importance of Clausewitzian theory, this is understandable. But it is also a bit absurd, since Clausewitz was just an exceedingly interesting human being who is now quite dead and thus unable to have a specific opinion about developments after 1831. There are many interesting ways to interpret Clausewitz, many of which are valuable even though they may have little relationship to his original intent. We enjoy the theoretical hair-splitting the theoretical debate often engenders, and we try not to be dull. The hairs we split are important ones.

On the other hand, there are many arguments made about Clausewitz that are flatly wrong. We try to be open-minded, balanced, and unbiased—but not uncritical. Thus we are:

a) unabashedly positive (though still critical) about the value of Clausewitz's ideas and about intelligent, creative discussion about them, and

b) bluntly intolerant of certain kinds of foolishness—i.e., arrogantly expressed opinions on "Clausewitz and the Clausewitzians" based not on thoughtful reading and informed thinking but on half-remembered third-party rumors or half-witted fandom for some allegedly competing theorist.

Both Clausewitz.com and ClausewitzStudies.org websites are edited by Dr. Christopher Bassford, though the evolving Clausewitz Studies Board will gradually assume more direction of the latter.  A list of the editor's published writings on the subject is available here. Materials and opinions posted to ClausewitzStudies.org are solely the responsibility of the authors thereof and/or the editor of the website and do not reflect the positions of the United States Government, the Department of Defense, the Roman Catholic Church, the Dalai Lama, the Delian League... well, anybody else, really.

Every effort is made to see that copyrights on other texts and graphics are fully respected. If you have any concerns regarding copyright on any materials displayed, please contact the webmaster. Reprint and other copyright permissions must be obtained from the listed copyright owners (we try to provide convenient electronic links for that purpose). The site editor cannot be responsible for obtaining copyright permissions for contributions: such permissions must be provided before any copyrighted material is posted to this site. Copyright to material created by The Clausewitz Homepage™ itself is held by ClausewitzStudies.org.

The earliest version of the The Clausewitz Homepage was created c.1995 at URL http://www.mnsinc.com/cbassfrd/CWZHOME/CWZBASE.htm. The oldest archived version, dated 26 NOV 1998) can be found on The Internet Archive's Wayback Machine. The Library of Congress Web Archive began archiving it in September 2002. The ClausewitzStudies.org domain became fully functional in August 2019.

Our sister site Clausewitz.com offers an electronic bookstore feature in association with Amazon.com and its British, French, German, and Japanese units. We offer this service, not for profit (any proceeds go to defray the costs of maintaining this website) but as a convenient way for users to track relevant published materials. All transactions are strictly between the buyer and Amazon.com.