The Clausewitz Studies Board

ClausewitzStudies.org was created in order to facilitate international collaboration in the study of the life, works, ideas, impact, and implications of the Prussian soldier and military philosopher Carl von Clausewitz (1780-1831). The Clausewitz Studies Board comprises the following members (in no particular order). 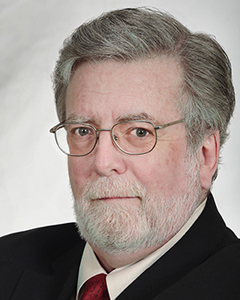 DANIEL MORAN has been a member of the Naval Postgraduate School's Department of National Security Affairs since 1994. He was educated at Yale and Stanford Universities, was a member of the Institute for Advanced Study at Princeton, and was professor of strategy at the Naval War College in Newport, Rhode Island, before moving to Monterey. He teaches and writes about the history of war and international politics in Europe and Asia since the nineteenth century. He is the author or editor of many books and articles on these subjects, including Maritime Strategy and Global Order (with James A. Russell, Georgetown University Press, 2016), Climate Change and National Security: A Country-Level Analysis (Georgetown University Press, 2011), Clausewitz, the State, and War (with Andreas Herberg-Rothe and Jan Willem Honig, Franz Steiner Verlag, 2011), Wars of National Liberation (Harper Perennial, 2006), and The People in Arms: Military Myth and National Mobilization since the French Revolution (Cambridge University Press, 2003). He co-translated and edited (with Peter Paret) Clausewitz's Two Letters on Strategy (Carlisle: Army War College Foundation, 1984) and Historical and Political Writings (Princeton: Princeton University Press, 1992). His essay "The Instrument: Clausewitz on Aims and Objectives in War" appeared in Hew Strachan and Andreas Herberg-Rothe, eds. Clausewitz in the Twenty-First Century (Oxford University Press, 2007). And he was one of the translators of Carl von Clausewitz and Arthur Wellesley, 1st Duke of Wellington, On Waterloo: Clausewitz, Wellington, and the Campaign of 1815 (Clausewitz.com, 2010). 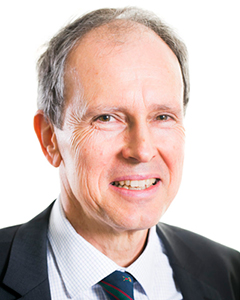 BRUNO COLSON is Professor at the Université de Namur, Belgium. He has published numerous books on strategy and military history, including La Culture stratégique américaine: L'influence de Jomini (Paris, 1993); Le Général Rogniat, ingénieur et critique de Napoléon (Paris, 2006); and Leipzig: la bataille des Nations, 16-19 octobre 1813 (Paris, 2013). He originally worked in the field of strategic studies before going back to his first interest in military history, specializing both in the history of military thought and in the Napoleonic wars. His current teaching includes the history of war and strategy (1792-1945) and the history of modern and contemporary international relations. Colson is also the author of a recent French-language biography, Clausewitz (Paris: Perrin, 2016). See the very positive review by Peter Paret, "Clausewitz's Life and Work as a Subject of Historical Interpretation," in The Journal of Military History 81 (July 2017), pp.829–837. Colson's ground-breaking book Napoleon: On War (Oxford University Press, 2015) has been carefully organized to follow the framework of Clausewitz's classic Vom Kriege, allowing a fascinating comparison between Napoleon's ideas and those of his great Prussian adversary and interpreter. 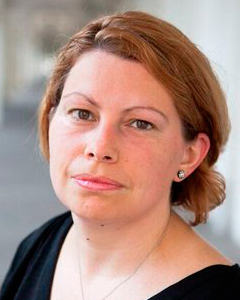 VANYA EFTIMOVA BELLINGER Bellinger has worked as an international correspondent for twenty years for major Bulgarian and German media. Currently, she is Assistant Professor of Strategy and Security Studies at the USAF Air Command and Staff College and at Air University's eSchool of Graduate Professional Military Education. Previously Bellinger had been a Visiting Professor at the U.S. Army War College. She received her B.A. in Journalism and Mass Communications from the Sofia University in Bulgaria and completed a journalism fellowship at the Free University of Berlin, Germany. She is a graduate of Norwich University's Master in Arts Program in Military History (Cum Laude, 2011). In 2015, she published her first book, Marie von Clausewitz: The Woman Behind the Making of On War (Oxford University Press). She was the winner of the 2016 Society for Military History's Moncado Prize for her article "The Other Clausewitz: Findings from the Newly Discovered Correspondence between Marie and Carl von Clausewitz" in The Journal of Military History 79 (April 2015). Bellinger is also a contributor to The Strategy Bridge and War on the Rocks. 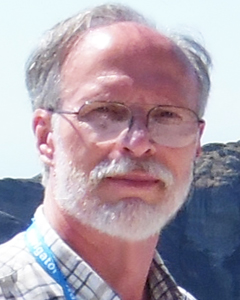 CHRISTOPHER BASSFORD, a former U.S. Army artillery officer, was Professor of Strategy at the National War College in Washington, DC, and is now Professor of International Security Affairs at JSOMA, located at the Special Warfare Center at Fort Bragg, NC. He is the author of Clausewitz in English: The Reception of Clausewitz in Britain and America, 1815-1945 (Oxford University Press, 1994) and is one of the editors of the Boston Consulting Group's business-oriented Clausewitz On Strategy: Inspiration and Insight from a Master Strategist (New York: Wiley, 2001). As a US Marine Corps doctrine writer, he authored MCDP 1-1, Strategy and MCDP 1-2, Campaigning (both 1997). He is the internet editor of The Clausewitz Homepage and webmaster for ClausewitzStudies.org. Along with Daniel Moran and Gregory W. Pedlow, he published Carl von Clausewitz and Arthur Wellesley, 1st Duke of Wellington, On Waterloo: Clausewitz, Wellington, and the Campaign of 1815 (Clausewitz.com, 2010). 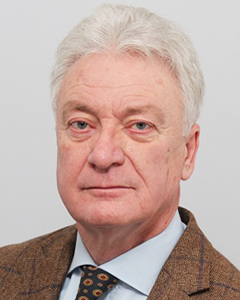 PAUL DONKER studied philosophy at the University of Amsterdam and served as an infantry officer in the Royal Netherlands Army. He is currently a lecturer in military strategy at the Netherlands Defense Academy. He is working on his dissertation on the genesis of Clausewitz's Vom Kriege. See "The Evolution of Clausewitz's Vom Kriege: a reconstruction on the basis of the earlier versions of his masterpiece," Clausewitz.com, August 2019. This is a translation of his article in German, "Die Entwicklung von Clausewitz' Vom Kriege: Eine Rekonstruktion auf der Grundlage der früheren Fassungen seines Meisterwerks" (here is a PDF), in the Clausewitz-Gesellschaft's Jahrbucher 2017, 14-39. See as well Paul's "The Genesis of Clausewitz's On War Reconsidered," British Journal for Military History, Volume 2, Issue 3, July 2016, pp.101-117. He also produced "Aphorismen über den Krieg und die Kriegführung" as the first version of Clausewitz's masterpiece: A textual comparison with Vom Kriege, 108 Research Paper, a 2016 publication of the Faculty of Military Sciences, Netherlands Defence Academy. It reproduces and discusses a list of 177 aphoristic statements that was published as Carl von Clausewitz, "Aphorismen über den Krieg und die Kriegführung," Zeitschrift für Kunst, Wissenschaft und Geschichte des Krieges, Band 28, Viertes Heft 1833—Band 35, Siebentes Heft, 1835. 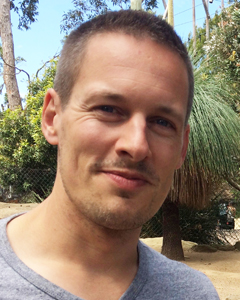 THOMAS W. WALDMAN is Senior Lecturer in International Security Studies, Department of Security Studies and Criminology, Maquarie University, in Sydney, Australia and Fellow of the Higher Education Academy and Honorary Fellow at the Centre for Security Studies at the University of Hull, UK. Tom was previously Lecturer at the University of York and has experience working in conflict-affected countries such as Kosovo, Sierra Leone, Liberia, Nepal and Afghanistan. He has published in journals such as Survival, Contemporary Security Policy, International Affairs, Defence Studies, Parameters, Civil Wars, Journal of Statebuilding and Intervention and Conflict, and Security and Development, and has also written policy reports and evaluations for the UK government and World Bank. His "'Shadows of Uncertainty': Clausewitz's Timeless Analysis of Chance in War" appeared in Defence Studies (Vol. 10, Issue 3, September 2010), and "Politics and War: Clausewitz's Paradoxical Equation" was published in Parameters (vol. 40, No. 3 ( 2010). His book War, Clausewitz and the Trinity appeared in 2013 (Ashgate/Routledge). 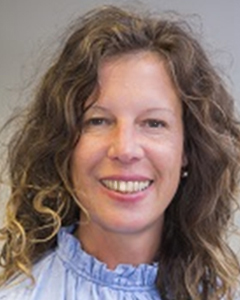 SIBYLLE SCHEIPERS received her doctorate in Politics from Humboldt University in Berlin in 2006. She is presently Professor and Director, Institute for the Study of War and Strategy, at the University of St. Andrews' School of International Relations in Scotland. Previously, she held positions as Director of Studies for the Changing Character of War programme at Oxford University and as a Transatlantic Postdoctoral Fellow in International Relations and Security Studies as Chatham House. Her writings include "The Most Beautiful of Wars: Carl von Clausewitz and Small Wars," in the European Journal of International Security 2/1 (2017), and "'Do not despair at your fate': Carl von Clausewitz in French Captivity, 1806–1807," in War in History. Published on-line, May 27, 2019. Her book On Small War: Carl von Clausewitz and People's War (Oxford: Oxford University Press) appeared in 2017. See her interesting review essay on Christopher Daase and James W. Davis (eds./trans.), Clausewitz on Small War (Oxford: Oxford University Press, 2015), in Small Wars & Insurgencies 27/2 (2016).