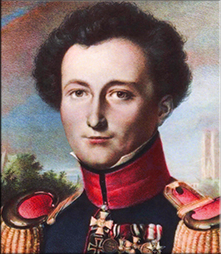 Owing to the broad time span covered in this book and its inclusion of both British and American sources, I have been more than usually dependent on the assistance of a great many specialists. It is one of the great pleasures of working in the historical profession that its practitioners are generally happy to share their knowledge without reservation, and my correspondents have, with very rare exceptions, been enthusiastically helpful. Such errors as this book still no doubt contains are, of course, my own.

I am particularly indebted to John B. Hattendorf, Ernest J. King Professor of Maritime History at the United States Naval War College, and to Professor Michael Howard, now at the Institute for Advanced Study at Princeton. Both Professors Hattendorf and Howard have great reputations for charm and for being helpful to younger scholars, virtues amply demonstrated in their assistance to me. Both plowed through the great bulk of my early manuscript in draft form, and their comments, encouragement, suggestions, and leads to new sources have been critical to whatever progress I have made.

The faculty and staff of Purdue University have also been most supportive. Professors Robert E. May, Gordon R. Mork, and Randy Roberts, of the Department of History, have all lent a willing ear and often a helping hand. The staff of the Interlibrary Loan Office, Ruth Rothenberg, Mary Sego, Roger Strater, and Kathy Garner, have assisted me in a manner far beyond the call of duty. The chief bibliographer of Purdue's HSSE Library, E. Stewart Saunders, has also given me great support.

Most of all, of course, I must thank my friend and adviser Professor Gunther E. Rothenberg, without whose encouragement I would long ago have abandoned this project and whose rigorous demands have given it whatever quality it possesses.

As with every major project that I have undertaken for a long time now, my deepest appreciation goes to my wife, Sunyong Bassford, who has been unfailingly supportive while nonetheless insisting that I remain in touch with the rest of the planet.

Financial support for this project was provided by David Ross grants from Purdue University and by an Olin Postdoctoral Fellowship in Military History and National Security Studies from the Ohio State University. I am also thankful for the practical support of my friends, colleagues, and superiors here at the United States Marine Corps Command and Staff College in Quantico, Virginia, and for their tolerance for the more-than-occasional distraction from daily business that this project entailed. Thanks are due as well to the Trustees of the Liddell Hart Centre for Military Archives, King's College London, for permission to quote from materials in their possession, and to the Controller of Her Majesty's Stationery Office for permission to quote from documents held by the Public Records Office.

Archives of the Edinburgh Review, University of Reading (UK).

Papers of the Duke of Wellington, University of Southampton (UK).